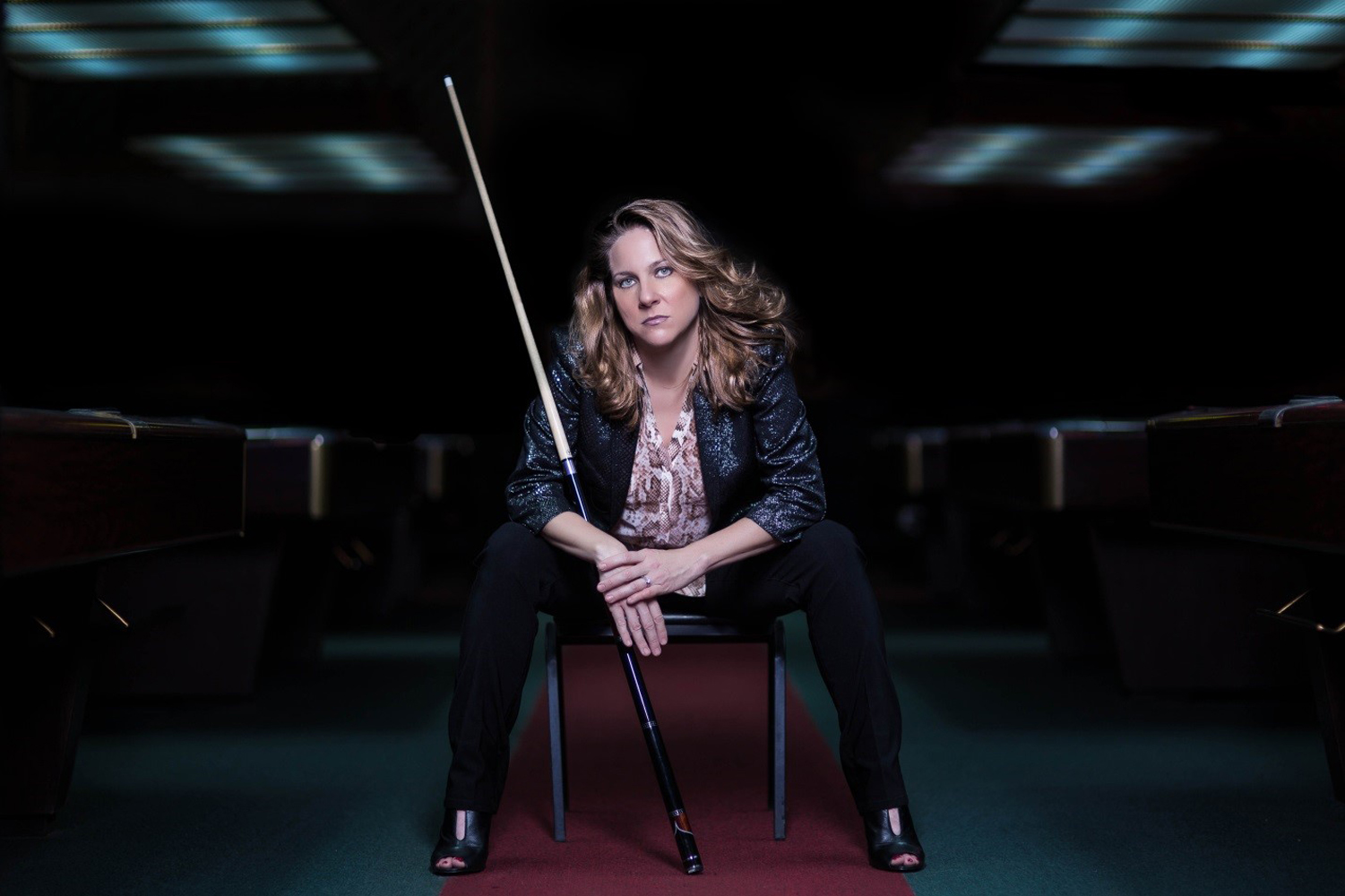 From an early age, Kim participated in every sport imaginable; tee-ball, basketball, volley ball, tennis, swimming, and speed skating. Additionally, her mother paid for piano, tennis, and swim lessons, and enrolled Kim in Brownies, and later, Girl Scouts. Her childhood was filled with jazz, tap, and ballet lessons, which included costumes, recitals, and dance camp. One of Kim’s jazz recitals was a tribute to Michael Jackson’s “Thriller”, and she was fortunate enough to study under some of the “ghouls” from the actual “Thriller” video. Her love of horses seemed to trump all else, and when she turned 16, her grandmother bought her a beautiful Palomino mare named “Sasha”. Kim’s equine obsession led her down a path of trail rides, parades, and meeting new people. It wasn’t always fun and games for the well-rounded youngster, as her grandmother made certain Kim was in Church three times a week; Sunday morning, Sunday evening, and Wednesday evening. She attended regular Church services into her early twenties. Kim formed many long-lasting relationships, with people from all walks of life, she still treasures to this day.

Career At A Glance

When Kim was in middle school, she vaguely remembers an eight foot pool table in her family’s garage. It left as quickly as it came, and once again, the garage became a place to park the cars. Kim remembers playing on her first pool table in 1988. She was 16, a sophomore in high school, dating a senior boy whose parents had a pool table in their home. Some weekends, family and friends would gather at the home for a barbecue, game of horseshoes, and a friendly game of pool. Kim was captivated by their home table with its fringe pockets and brightly colored balls, but was repeatedly told by her boyfriend and his brothers, she couldn’t play. The boys monopolized the table, but during short intervals when the table was available, she would secretly hit balls. That’s when her love affair with pool began.

Following graduation, Kim found herself frequenting all the local pool rooms, competing in five-dollar, entry fee tournaments, and heads-up when the opportunity presented itself.  In 1991, post high school boyfriend and some community college, Kim accepted a position as a legal receptionist for a downtown Houston law firm. She was on her own, completely self-sufficient, and her game was improving. A few years passed, and her increasing confidence compelled her to compete on multiple billiard tours. In 1994, she placed 4th in two McDermott National 9-Ball Tour Stops, and in 1995, she finished 3rd in her first Women’s Hunter Classic Amateur Tour 9-Ball Event. She played in five more tour events that year, all yielding top ten finishes.

In May 1998, still playing and once again attending community college, an opportunity presented itself. She was participating on a women’s BCA 8-ball team once a week at her favorite spot, Bogies Billiards and Sports Bar in Houston, Texas, and her team won a trip to play in the BCA National 8-Ball Championships in Las, Vegas. Kim took “incompletes” in all of her classes, and traveled to Las Vegas to compete in the 10-day event. Her teammates not only convinced her to go, but also to enter the “singles” division. Although her team didn’t fair well, she bested a field of 437 women to capture the 22nd Annual BCA North American 8-Ball Women’s Open Championship. Upon her return, she didn’t reenroll in college, and instead, opted to work towards earning her status as a women’s professional pool player.

At the time, she was known as Kim White, and she dominated local events throughout 1999. In 2000, she defeated a field of 60 women to clench her first Women’s Hunter Classic Amateur Tour 9-Ball Event and Women’s Professional Billiard Association (WPBA) Qualifier at Legends Billiards in League City, Texas. In June that same year, she repeated with a victory and WPBA Qualifier spot at Billiards, Burgers, and Beer in Denver, Colorado. Newsome closed out a phenomenal year by winning the 2000 Hunter Tour Championship Event held at Big Daddy’s Billiards in Alvin, Texas, and her third WPBA Qualifier spot. From Las Vegas, to North Myrtle Beach, to Denver, and back, her hard work and extensive travel paid off. In April 2001, Kim finished 17th-24th at her first professional 9-Ball event in Alpine, California. As she accrued pro points, she earned invitations. At the end of 2001, with four top half finishes in her first seven pro events, she earned her WPBA “Touring Professional” status. Her first two top ten finishes came at the 2002 Women’s Open 9-Ball Championship in Albuquerque, New Mexico, and the 2003 Delta Classic in Tunica, Mississippi, with 9th and 5th place finishes respectively. That same year she was crowned “Most Improved Player” by Billiards Digest and finished top ten in the WPBA year-to-date rankings, earning a well-deserved $2,500 bonus check.

In 2004, Kim sustained a career threatening hand injury and missed several professional events that plunged her ranking from #12 to #47. After three surgeries and a lengthy healing process, Kim was back in the swing of things, winning the 2005 Texas State Open Women’s 9-Ball Championship, along with a victory on the Fast Eddie’s Olhausen 9-Ball Tour. In 2006 she came back strong at the WPBA Great Lakes Classic in Michigan City, Indiana, where she played Allison Fisher in her first ESPN2 televised match. Although she played brilliantly, Newsome lost 7-4, finishing in 3rd place. That same year, Billiards Digest published a six-page feature article about Newsome, whose 2006 press and media value exceeded $250,000.

In 2006, Newsome was the U.S. representative at the All-Japan Open. She was also a U.S. representative for the 2006 and 2007 Amway Cup Women’s World 9-Ball Championship in Taipei, Taiwan. In 2007, during her second trip to the World 9-Ball Championship, Kim took home 5th place and top U.S. finisher. In 2009, she took 5th place at the Galveston World Classic Women’s Professional 9-Ball Event in Galveston, Texas, and captured her 8th Houston Open Women’s 9-Ball title at Legends Billiards in League City, Texas. In that same year, she became sponsored by Poison by Predator Cues, a new brand of pool cue engineered by Predator Cues in Jacksonville, Florida. In 2011, she earned the title, “Ironman Memorial Ladies 9-Ball Champion”, and in 2012, brought home another top ten finish at the WPBA Tour Championship at Chinook Winds Casino, in Lincoln City, Oregon. In 2013, for the third time, she represented the U.S. at the Yalin Women’s World 10-Ball Championship at Resorts World in Manila, Philippines. Kim took home a victory over World Champion, Ga-Young Kim, 6-5, and a 25th place finish.

In January 2016, Kim reached her all-time high in the professional rankings, coming in at #6, and earning herself a spot on the cover of the WPBA Media Guide. View her press coverage, here.

Kim “Lone Star” Newsome forges ahead in her professional career with extraordinary play, yielding top professional finishes and numerous television appearances. As a top-ranked WPBA player, she continues to travel and compete in the U.S, perform exhibitions, and give private/group lessons. View her full player profile, here.

Kim is a real-life Texas cowgirl, born and raised in Houston, currently residing on a five-acre ranch in Montgomery, Texas with Criminal Defense Attorney husband, John Newsome. She married in January 2010 and began hyphenating her name, White-Newsome. After a few years, she dropped White completely. The couple has six furry children; a Golden Retriever mix named Rusty, cats Samson, Delilah, and Daisy, and two horses, Lucy and Trace.

Kim was a 6-year Committeeman for the Houston Livestock Show and Rodeo, the largest rodeo in the world, where she volunteered three weeks each February to raise money for youth scholarships. Over the years, she’s had the privilege of volunteering for a number of charities, including the Boys and Girls Clubs of Houston, Santana Dotson Foundation, Joe Frank Campbell Learning Center, and the New York Firefighters’ Burn Center Foundation. Kim is a strong advocate for animal rights, welfare, and protections, and is active in Houston’s “animal rescue” community. Please consider making a donation to Kim’s Official Charity, the Montgomery County Animal Shelter.

Kim loves spending time with, and caring for, her animals. When she’s not traveling, she enjoys horseback riding, working in her yard, and watching movies. The HBO original series, “The Sopranos”, is her favorite show of all-time. More than once, she’s been accused of being a little obsessed with perfection. She loves to keep her house sparkling clean and in order, but laundry and ironing are out. Eating out is one of her favorite things to do, because she hates cooking.

“The righteous care for the needs of their animals…” – Proverbs 12:10

In 2004, Bogies Billiards and Sports Bar began sponsoring Kim on the Pro Tour, and she became their house pro.

In 2009, friend and confident, Carl Miller, gave her the nickname, “Lone Star” of Texas.

One of Kim’s horses, “Trace”, is a great grandson of the legendary “Secretariat”.

Kim and her mother, Betty, served on a Texas Women for Para-Mutual Betting Committee which helped bring horseracing to the Lone Star State.